Published January 24th, 2023 - 10:16 GMT
This file photo taken on August 12, 2022 shows a part of the middle grain silos in the port of Beirut which collapsed that week following the damage caused by the August 4, 2020 massive explosion that hit the Lebanese harbour.(Photo by JOSEPH EID / AFP) 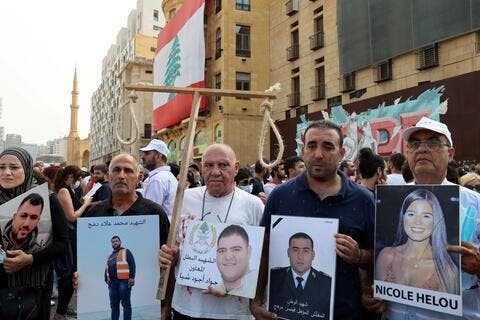 Bitar said he resumed probe into the devastating Aug. 4, 2020 explosion that killed more than 200 people and injured 7,000 others.

This comes amid continued protests by relatives of the victims of the Beirut blast who are calling for justice three years after the explosion.

Investigation in the explosion was blocked in December 2021 pending a Court of Cassation ruling after three former Cabinet ministers filed legal challenges against him.

In total, 13 people are being prosecuted, including five officials whom Bitar indicted earlier, including former Prime Minister Hassan Diab.

Surviving the AI rev: 4 jobs at risk due to ChatGPT and how to prepare